SERVERS:  Courtney and Jake did a very good job. 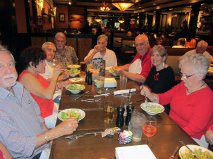 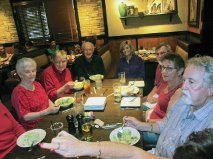 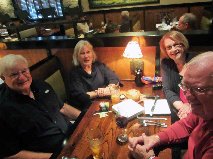 Atkinson & George Reinhart for pictures.
They sure make the emails more interesting!

it has been a pleasure to see and share some time with all of you!
1st New Years Resolution:     Attend More CREW Events!
Hope YOU will be visiting in  2016!

You’ll worry less about what people think about you when
you realize how seldom they do.    –  David Foster Wallace

Sent from my I-teepee who the heck is that Indian?  😉

After you get your Florida CWP, time to practice!

to play, click on the white dot on the trigger guard.

Sent from my I-teepee heard any good Indian jokes lately?  😉

No  CREW   event this Wednesday  12-23-15.
Will resume again December 30th with an event at
Longhorn’s Steak House on Merritt Island.

A new record for attendance!
29 CHS Classmates & Friends  had a  GREAT  time at Norman’s!
By golly…  YOU were there!  lol 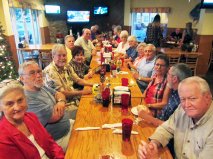 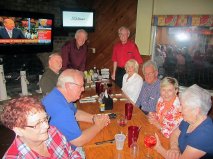 Atkinson for providing the pictures!
Interesting note:  a little over 8 years ago the HAPPY HOUR CREW
was formed at NORMAN’S where the NEW record was set!
As previously decided there won’t be  a meeting on WED Dec 23rd.
However, after some deliberation it was decided that we will
be meeting at Longhorns Steak House, M.I.  on WED Dec 30th.
It was also suggested that we should all wear something RED!

This sweet and unique flavor originated in America.
Native American Indians were the first to harvest and
boil the sap of the maple tree into a thick syrup.
Ugh!  Ole Indian’s like pancakes!  😉
The Reaction Time Test:   See how you score!
Click on the link and take this test from England.
https://www.justpark.com/creative/reaction-time-test/
Thanks to CHS Classmate Alice B for sharing this with us!
Christmas children is not a date. It’s a state of mind. – Mary Chase
Sent from my I-teepee…   hummm what’s on your mind?  Ugh!
Hello CREW…

Barron for sharing this with the CREW!
Christmas Snow for your Home?
Thanks to Julie

McClure for this Christmas Gift!
http://www.pusher.com.au/clients/pusher-christmas-2011
Planning?    There will be   NO  event on Dec 23rd
ONLY two days till Christmas!
What are you getting me?  😉

The older I get the less I listen to what people say and
the more I look at what they do.   – Andrew Carnegie 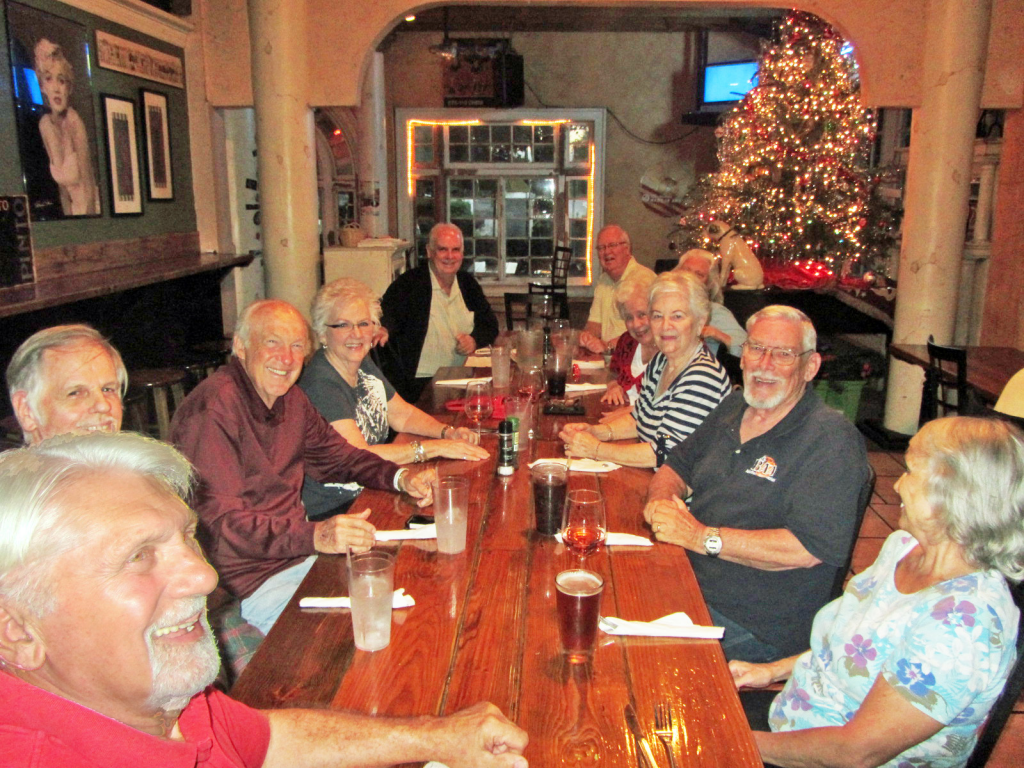 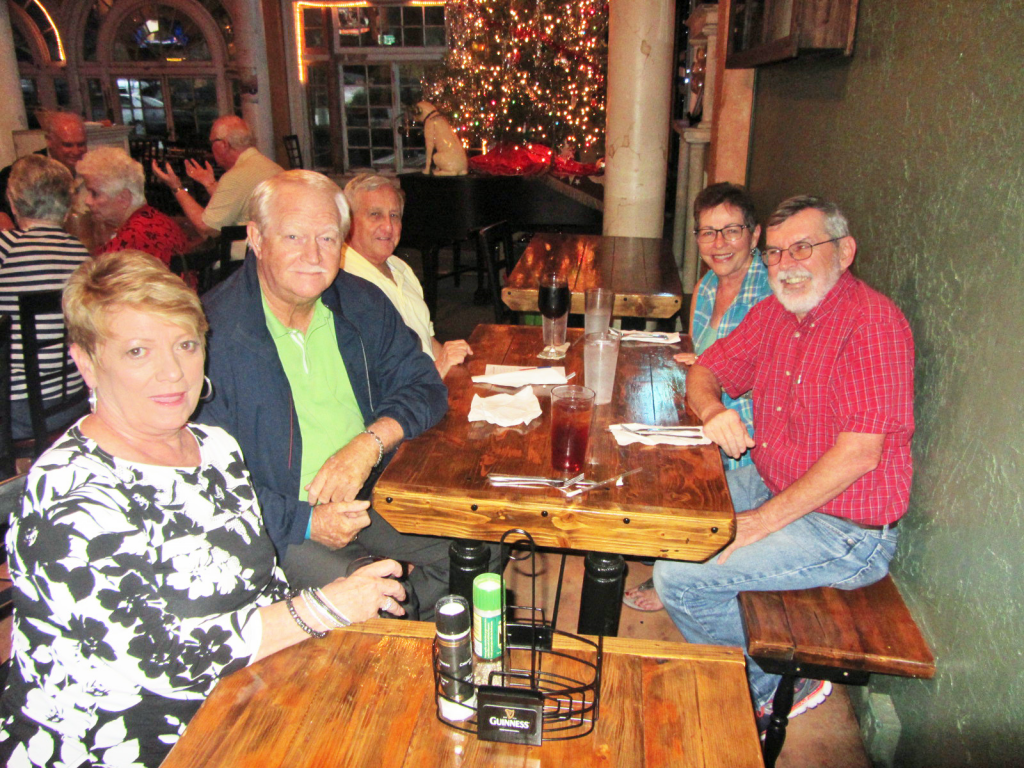 Special Thanks    to Lois

Atkinson for these great pictures!

Humane Society needs Plastic Pill container donations.
Take labels off and bring them to a CREW event.
BTB   will pass them on to the Society.
Thank You Both:   Gerri Dutcher and Priscilla Firkin’s for their donations.
Drink up!     25%  of all beer

Sent from my I-teepee, does anyone respect ole Indians?   lol

Humane Society needs Pill container donations.
Take labels off and bring them to a CREW event.
Ole Indian  will pass them on to the Society.

Uh Oh!  They are here!     9 foot  Green Anaconda  was
captured and killed on the Orange & Brevard
county line last week.  KEEP YOUR

Money can’t buy happiness, but it can make you
awfully comfortable while you’re being miserable.
– Clare Boothe Luce

Sent from my I-teepee… now where do I get more wampum? 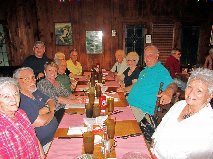 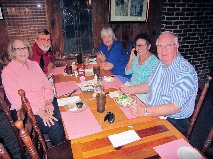 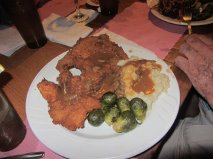 Center!  😉   Several Alumni dined on this awesome Pork meal!
AND for dessert…   Cup

Football standings:  Noles #9   Gators #18
Got a story to share?      Tom McFarland  Mcfarlan@fit.edu
Is looking for a story or memory of past days in Cocoa
to go in the 2016 Mosquito Beaters Program Book.
Send…   ASAP  deadline is near.
Next event:     Murdock’s Southern Bistro in Cocoa

The two most important days in your life are the day

you are born and the day you find out why.    – Mark Twain

Sent from my I-teepee… when will I find out why?  😉