Still have the munchies!  NOT!

Seriously,    Had a great time at the Sandals Resort and usually it’s No Problem Mon!  But this time a problem.   Still fighting the respiratory bug.  Hope to be able to     attend next CREW event.  Wed @ Beef O Brady’s M.I.

Thanks to Lois Atkinson, George Reinhart and Clark True for the Kelsey’s event information & picture. 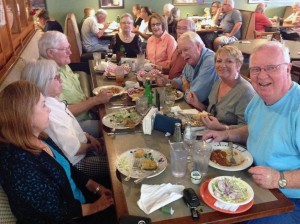 Check website for the Scoville Ranges.  So far I have tasted my  way up to the Habanero and Scotch Bonnet. Hummm Doubt if ole Indian has the nerve to go higher!  lol

Sent from my i-teepee while looking for FAST DIET HANDBOOK!

http://www.beefobradys.com/index.php
1450 N Courtenay Pkwy  Merritt Island 32953  459-6665
North on Pkwy, 1st right after Merritt Island High School.
Monday 9:45 PM,  back from the pow wow.
Good times in Jamaica!  Had a great time but shortly
before leaving I got bit by a respiratory bug!

UGH!
Had my flu shot but this bug wasn’t on the kill list.
Jamaican Voodoo Doc shot me full of antibiotics, gave
me 3 pills to take every day.  Am still coughing, weak
and shaky while in recovery.
Felt like a Cowboy Chuck Wagon ran over me.
Thanks Clark True & Lois Reinhart for info about the
4-23 CREW event at Kelsey’s.  REVIEW to follow later.
Why are gas prices climbing?    One reason might be…

Drivers in the U.S. are facing rising gasoline prices ahead of summer

vacation season, as refiners here are shipping more gas to other countries.

Short email tonight,
gotta hit-the-rack and get some zzzz’s.
It is better to live rich than to die rich.  –  Samuel Johnson
Sent from my i-teepee after taking all my medicine!
Hello CREW… 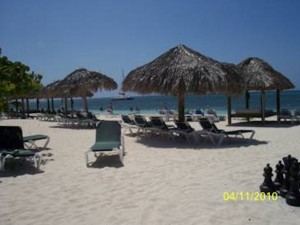 Pow Wow in Jamaica
this week and will miss the 4-23 event.

Maybe one of you could?    Make the  Tiger Toast,
record attendees/server and any details of note.
If you do, email to BTB and he will send out
the  CREW REVIEW  smoke signal upon return!
420?   Younger generation uses  420  as a code
for marijuana.  Derived from April 20  4-20
as  Marijuana

Appreciation Day  in USA!
Ugh!  Found this out after reading the Sunday NP.  😉
My apologies:  sigh!    Accidentally left Bill Weinberg
off of the Attendees last Wednesday!
Ugh!  White eyes  “Firewater”  make me dizzy!   lol
The hottest places in hell are reserved for those,
who in times of moral crisis, do nothing.
– Dante Alighieri
Sent from my i-teepee, wondering if it will be  HOT  in Jamaica?
Hello CREW…

Classmates & Friends enjoyed spicy dining
and YES, some SPICY conversations!
Attendees:   Corinne Bowley, Shirley Pomeroy,  Don Baker, Clark True, Gerri Dutcher, Myrna Swindell, Dan Shoemaker, Sandee Brannen, Tommy & Gloria Tinker,  and the Indian.
SERVER:  Kyle was very good.
Worth the time:   Classmate Bob “Boots” Evans  sent this great video for us to share.  I really enjoyed this visit to the past.  BTB  https://www.youtube.com/v/J55S38xwxnQ
You   will have to  cut n paste  to see this one.
Ole Indian has not figured out the problem.
A few moon’s ago was easy to visit a website, copy the address and insert it into an email.   Ugh!  Won’t work now? Suspect a Virus from nurdy white eyes!
What?   Today (17th) is National Ford Mustang Day!
For those who care!  signed:  An Indian with a Chevy!
Remember use BCC!  Prevent hacking & illegal use. 1. When forwarding emails, please use only  BCC
“Blind Carbon Copy”   for all recipients.
2. Please delete or highlight & cut any forwarding
history which includes all email addresses.
Next event:     Kelsey’s Italian In Rockledge
Visit #4   Last: 1-15-14
Vigorous writing is concise. Omit needless words.
– William Strunk Jr. and E. B. White
Sent from my i-teepee while thinking… have I left anything out?
Hello CREW…

Watch out!   Top weather forecasters predict
a  Quiet Hurricane Season?  ha!   (June 1 thru Nov 30th)
They say only 3 major ones in 2014.   Get Ready!
R U Ready?  Tue, April 15th income taxes $$$ are due.
Will you have enough left over for a Mexican dinner?  😉
USA Today says:    56.7 % of American Households pay
taxes and  43.3 % don’t?   That is a taxing thought!
Ugh!  In case you wondered…  Indians do pay taxes.
Flying is safe:     Considering the number of daily flights
and the number of aircraft in the air, it is the way to go!
Cut n Paste this website and view just one days flights.
http://www.wired.com/2014/03/plane-viz/  ????
A man who dares to waste one hour of time
has not discovered the value of life.  – Charles Darwin
Sent from my i-teepee while cleaning bow and arrows!
Use  BCC!  I do!  Prevent hacking & illegal use.
1. When forwarding emails, please use only  BCC
“Blind Carbon Copy” for all recipients.
2. Please delete or highlight & cut any forwarding
history which includes all email addresses!
Hello CREW…

weather  has arrived!   Mmmm,  very nice!
Even if you’re on the right track,  you’ll get run over if you just sit there.
– Will Rogers
Sent from my i-teepee running along side the track?

An awesome evening, U Should Have Been There. 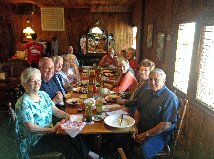